Kanha is one of the finest wildlife protected areas not only in Asia but also in the world.


Besides tigers and an endemic population of the hard ground barasingha, the reserve harbours 43 species of mammals including predators like the tiger, leopard and wild dog, herbivores like gaur, chital and barasingha, scavengers like the hyena and jackal, and small mammals like the wild hare, porcupine and mongoose. 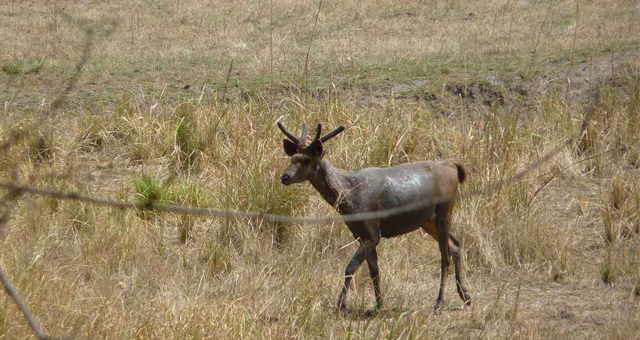 The reserve is also rich in avifauna with almost 300 species of birds. Water birds include storks, teals, pintails, herons and egrets. Peafowl, jungle fowl, partridge and quail are the common ground birds. Birds of prey include eagles and kites. Scavengers include vultures. Owls, owlets and night jars are some of the nocturnal birds.


The reserve has 26 species of reptiles. Snakes of the reserve include the cobra, saw-scaled viper, wolf snake and Indian python. Lizards include the Indian monitor, gecko and chameleon.Kanha is also teeming with several species of insects and other invertebrates.


The floral diversity comprises over 600 species of flowering plants which include 50 species of aquatic plants and 18 species of rare plants.

The inventory of plants, reptiles and insects are not exhaustive, and there is still scope for intensive floral and faunal surveys.